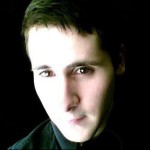 I’m no defender of Henry Kissinger but he’s right about Donald Trump. In fact, Trump is playing this as effectively as possible given the circumstances he faces and as difficult as it is to believe, there’s a real chance of constructive, peaceful world order as Kissinger asserts.

The idea is straightforward. Strengthen alliances, apply maximum pressure and then seek desired concessions to deescalate. As simple as that sounds, the fashion in which it’s being done is what’s making it effective thus far.

The U.S. under Trump has systematically applied pressure on each link of the chain which sets up a domino effect for the weakest link of the chain to fold upon the following. In theory, it means North Korea folds prompting others to fold, perhaps Iran to follow. The end-game is preventing China from becoming the de facto leader of international order by destabilizing their reign over the B-axis of the world. The idea is to reestablish the U.S. atop international order and begin a restructuring of global order and trade.

In the short-term, the strikes on Syria are a superficial betrayal of Trump’s base and a counterbalancing act against the deep state and media jesters. In the long-term, the strikes were isolated and there was no threat of deposing Assad. Despite appearances, this signals to both North Korea and Russia that the end game is, in fact, deescalation and dialogue but it also signals that the U.S. means business. Because the U.S. has not seriously threatened to depose of Assad, North Korea will view this as an affirmation that the U.S. will not seek regime change after denuclearization. As such, the denuclearization of North Korea is very possible.

Despite retaliatory threats from Russia, it will not escalate the matter. Russia is operating from two primary angles, the first being that of dialogue and the second being that of attrition. Russia will hold out for deescalation unless it’s absolutely necessary to respond. If that happens, all bets are off the table but that’s simply not going to happen. Russia does not want isolation. Russia will seek concessions at some point and seek a way of deescalating things in Syria.

I remain optimistic about U.S.-Russia relations. I suspect forces are working for dialogue. In fact, it’s even possible that Kissinger had a Freudian slip about it.

“I hope and expect, based on what I have seen, that the administration in its way, will find a dialogue ̶w̶i̶t̶h̶ ̶R̶u̶s̶s̶i̶a̶ with China.” — Kissinger ( CBS interview )

There are things making withdraw from Syria problematic. For example, the deep state hawks twisting arms for escalation, Israel’s strategic interests, and generally speaking, keeping Iran at bay. Regardless, Trump wants to get U.S. troops out of Syria.

“Speaking on condition of anonymity, a senior Israeli security source told Israeli media on Saturday night: “The attack will enable the Americans to say, we’ve done what was necessary, and withdraw from Syria.”

This is the probable outcome given Trump’s long-held position on Syria and probably the reason Trump declared “Mission Accomplished”. Despite going against Israeli interests, tightened Saudi-Israeli relations and a potential Arab replacement of U.S. troops could be satisfactory or manageable on both ends. However, I don’t expect this to happen until Iran folds or collapses upon itself or via Israel-U.S. pressure or potential military action; most likely Israel first. Alternatively, cooperation via Israel-Russia could perhaps lead to deescalation in Syria, thus eventually allowing the U.S. to enact Trump’s position of withdraw. Either way, the U.S., Israel, and Saudi Arabia are going to flex their might until Iran is brought to heel.

In retrospect, deposing legacy Saudi power-players allowing Salman to shake things up was brilliant. Supposedly, Kushner directly supplied Salman with a list of those power-players. Regardless, this created a solid foundation for the strategy while creating a more progressive path forward for Saudi Arabia and the Middle East.

Recall that the first two stops Donald Trump made as President were Saudi Arabia and Israel, where he met with Israeli Prime Minister Benjamin “Bibi” Netanyahu and Saudi Arabia’s King Salman to discuss a coalition to fight terrorism — which, aside from the US and Israel, includes Egypt, Saudi Arabia, Kuwait, the UAE, Bahrain, Oman and Jordan — assembled to fight the Islamic State and curtail Iran’s regional ambitions. ( Zerohedge )

If Trump can bring this strategy to fruition, North Korea will fold. This opens the window for the U.S. to reapproach China, Russia, and Iran. Of course, all will bulk at first ( perhaps not Russia ) but in the end, deals will be made and deescalation will result.

Superficially, the trade war with China will end terribly. However, it’s actually more probable that we’ll get desired concessions. China is dealing with its slowing economy while simultaneously being pressured from multiple angles. Furthermore, what you won’t hear from sensationalists decrying a trade war is that China was already planning to open up. Honestly, I don’t buy into that since China has an established history of broken promises and “reform” but I do believe that because we’ll push-back now, it’ll actually happen this time. Not to mention, if North Korea does go through denuclearization or more, it could make China even more vulnerable. It really depends on how things shape up with the North-South.

In reality, despite all the “post-primacy” sensationalism in geopolitical discussions, I believe that Trump is placing us in a significant position to retain international order and achieve our geopolitical goals.

Update: These are the aforementioned suggestions that are perhaps, coming to fruition.